King Arthur is the greatest King to rule Britain according to the British folklore. First mention of a Arthur like figure is found in the sixth century writing of De Excidio named Britanniae. In this text the author describes a leader named Ambrosius Aurelianus leading the British soldiers. The name of “Arthur” appears in ninth century book of Nennius called Historia Brittonum. But King Arthur became a national hero when his name and stories were penned down in the “History of Kings” in 1138 by Geoffrey of Monmouth. His capital Camelot was introduced in 1180 in the book “Lancelot” by Christien de Troyes. 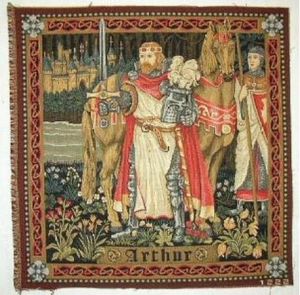 A Portrait of King Arthur

The rule of King Arthur was viewed as the Golden Age of Britain as his armies defeated the Scots, Irish, Saxons, Saxons and even the Icelanders. But his glory did not last long as he was mortally wounded and carried off to the Isle of Avalon. He went into a cave sermonising that he will return when Britain needs him again. King Arthur’s Briton was soon conquered by the Anglo Saxons. Since his death many researchers have tried to find the truth of King Arthur’s existence.

One interesting finding was the book named “The Ruin of Briton” by a Welsh monk Gildas, According to him Britons won a great victory in 500 AD at a place named Mount Badon and this victory was followed by two generations of prosperity and peace. The book is believed to have been written merely 50 years after this great battle. Such a grand victory against the Anglo-Saxons was credited to a Roman British general named Ambrosius Aurelianus. He defeated the Anglo-Saxon invasions. But Geoffrey of Monmouth identifies Ambrosius Aurelinius as King Arthur’s uncle.

Famed Round Table of King Arthur

Aurelianus was not the only person resembling the exploits of Arthur. Just like King Arthur, Riothamus who was a late 5th century British leader had crossed the channel to wage a war in favour of the Roman Empire and later retreated back to Avalon. Then there is Magnus Maximianus, the self proclaimed emperor of Roman Britain in the late 4thcentury whose exploits in a land called Armorica closely resemble with the mythical legends of King Arthur. 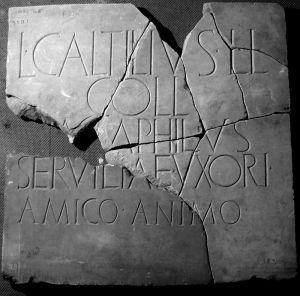 In 1998 a group of archaeologists happened to discover a 6th century stone which had Latin inscriptions on it reading “Peter Coli Avi Ficit Artognou”. When translated this could mean “Artognou, father of a descendant of Coll, has had this constructed”. Artognou could easily be pronounced as Arthnou and mean that the descendants of Arthur built this, while Col may be associated with Romano-British king Coel Hen who has been named by Geoffrey of Monmouth as the ancestor of King Arthur.

A large veil of mystery still surrounds the true identity of King Arthur. Was he a king of something else? Could he be a Roman Emperor of Britain, a tribal chieftain, a Romano-Celtic war leader, or a general in command of King’s army? May be the legend was created after mixing the true tales of many great rules of leaders during the era?