The novel Man in the Iron Mask became an instant best seller and over the years this Alexander Dumas classic has enthralled the hearts of many adventure loving readers. Man in the Iron Mask has been depicted as the prisoner of the ‘Sun King’. Though it has been used as the base of a fiction novel there is some truth about the incident. There was a real prisoner of this sort under the reign of Louis XIV who is said to be imprisoned for nearly forty years. But there were no hard facts to back this theory. So there are a lot of speculations and rumours that have been doing rounds in the historical circles around this mysterious prisoner. But there are some facts that may be considered to find out the truth. 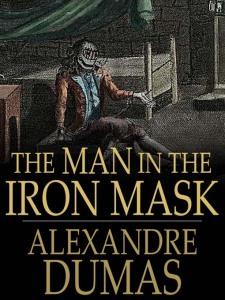 Though there are many stories around this mysterious prisoner during Louis XIV reign but some stories are common to all. It is certain that the Man in the Iron Mask was a real prisoner and he was forced by the royal guards to wear an iron mask. Records suggest that the prisoner was kept at Bastille from 1698-1703. Most people think that the prisoner had been kept at some other hidden location before that and transferred to Bastille in 1698. But there are no records to back the claims as to where the prisoner was kept beforehand. Whoever this man was, he died on November 19, 1703. A death certificate has been found with the name Monsieur de Marchiel. According to the death certificate he was in the 40s at the time of death. The Man in the Iron Mask has been claimed to be a member of the royalty based on the funeral rites conducted after his death.

According to the legends it is said that the Man in the Iron Mask was a twin brother of Louis XIV and imprisoned since his birth due to his rights to the throne. According to Alexander Dumas’ novel mother decided to imprison one of her sons as she feared both of them would have an ugly fight for ascension to the throne. But there is another legend that affirms that the mysterious prisoner was indeed the brother of Louis XIV but not his twin. While some claim that Louis XIV had imprisoned his elder brother because he was the legal heir to the throne. Other legends suggest that though the prisoner was a younger brother of Louis XIV but he was the legal heir as the present king was the result of an illicit relationship between the queen and one of her lovers. The iron mask was meant to hide his likeness with Louis XIV. While the general notion is that the mysterious prisoner died in prison, other legends suggest that he fled from the prison and was killed on his route towards Paris to fight the King. 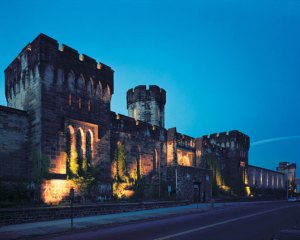 In reference to the Iron mask many claim that the mask was not made of iron at all. It was rather made of cloth. The prisoner did not have to wear the mask at all times, it was used only when he was taken into public or outside his prison cell. Many eyewitnesses have testified these views. Princess Palatine had mentioned of this prisoner in one of her letters. She said that the man was treated favourably, only obligation for him was that he could not open the mask. He was guarded heavily at all times to hide his identity. Voltaire who was a prisoner at Bastille in 1717 learned about this prisoner in iron mask. He wrote that the man was tall, handsome and good at playing the guitar. Voltaire wrote that Man in the Iron Mask was 60 at the time of his death. If Voltaire’s account is true then he was definitely a twin brother of Louis XIV, as the king also died near about the same time in his 60’s. Though this means that the death certificate so long associated with the Man in the Iron Mask is not his at all.

Another renowned writer of the times Joseph LaGrange-Chancel also served a term in prison and wrote about this masked prisoner. He backed the claims made by Voltaire and added some extra information with it. He claimed that the keeper of Bastille prison called this man as “my prince”.

Though there are many other stories and rumours doing rounds around the Man in the Iron Mask, but the twin brother theory seems to be the most logical one.