Queen Arsinoe II who has been long unknown in the history pages was the first real female Pharaoh of Egypt. She ruled much before the times of Cleopatra VII. Researchers reached such a conclusion after intensive studies of Arsinoe’s crown which was designed to signify her role and influence. Cleopatra VII has long been considered as the first female Pharaoh and she belonged to the Ptolemaic Dynasty that ruled Egypt from 305-30 BC. Analysis of her lesser known ancestor Queen Arsinoe II held the same designation some 200 years earlier. The crown gives a new thought to Pharaonic succession and symbolic power of crowns in ancient Egypt. 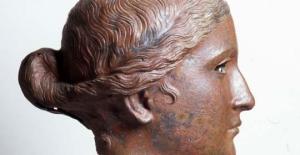 Researchers suggest that Arsinoe was born in 316 BC to Ptolemy I. Ptolemy I was a friend and adviser to Alexander the Great and seized power over Egypt after the king’s death. After the death of her first husband, Lysimachus of Thrace, Arsinoe married her half brother Ptolemy Keraunos who was the king of Macedonia. Though the marriage was short-lived as  Keraunos went on to kill two of Arsinoe’s three sons in a struggle for power. The Queen then returned to Egypt and married her brother Ptolemy II, thus becoming the co-ruler of Egypt. The royal couple adopted an epithet Philadelphus (or brother or sister loving) in honour of their shared leadership. 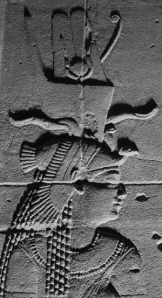 Many scholars have testified strong poltical influence of Arsinoe which is relevant in the textual sources of ancient Egypt. Some scholars even describe her as power hungry and scheme. She is also blamed for Ptolemy II’s first wife. She is also credited to be very popular with the people and have skills in foreign policy. Royal library at Alexandria was expanded upon her request. 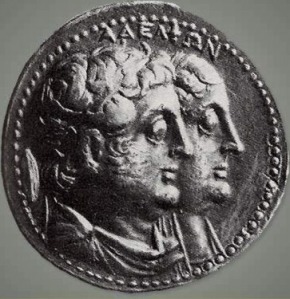 Studies have revealed that crowns from the Ptolemic era were indicators of wearer’s position and included elements such as specific titles, bloodlines and religious roles. After studies of Arsinoe’s it can be asserted that she was the co-regent with her husband Ptolemy II, was the high priestess of Egypt and had religious significance. In fact after her death she signified as goddess Thea Philadelphus. She was thus one of the most powerful women in the history of ancient Egypt and Ptolemic Dynasty included not one but two female Pharaohs.

Queen Arsinoe died in 270 BC at the age of 45 and she was worshipped many years after her death.