North side of Vancouver’s downtown area has scenic location known as Stanley Park which is surrounded by cedar trees and Pacific Ocean. It serves as the base for HMCS Discovery’s base. This island has been a key Canadian naval base since 1943. The island had been occupied by people since prehistoric times. There is a spooky and chilling history of human sacrifices associated with the island. There are rumours that strange lights are seen coupled with moaning sounds. Roaming figures who whispered at night were reported by the residents. Now this island anchoring HMCS Discovery is known as Dead Man’s Island. 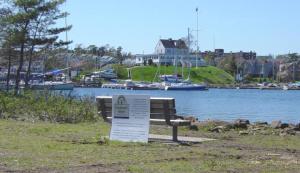 As per the local legends in the 1700s two tribes, Northern and Southern Salish tribes were at war in these parts. During one battle the Southern Salish tribe took many women, children and elders as their hostages. These hostages were destined to death. These hostages were taken in by Southern Salish tribes in hope that the Northerners will surrender, on the other hand Northern Salish tribe hoped these hostages will be freed after peaceful negotiations. But in reality all the hostages were cruelly slaughtered. The war also saw 200 northern warriors being killed. Due to the horrific acts of southern tribes the island came to be known as a land of enchantment. With the passage of years these stories were however forgotten. The island became a burial place for first Salish Nations and then for the European settlers. John Morton was the first European settler to visit the island in 1862. He discovered many red cedar boxes tied to the upper branches of the trees. Accidentally one of the boxes broke open and piles of bones along with tassel of black hair was revealed. 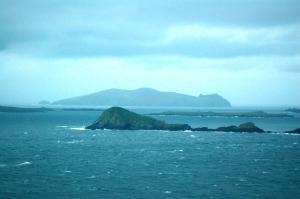 Dead Man's Island from the Seas

After the European settlements Salish people were pushed away from this island. When the Europeans moved into the island they used the grounds for their cemetery purposes often disturbing the native cemetery. There were various types of people buried on this island starting from Seamen suicide victims, Chinese leapers, ruffians, bandits, etc. Even the victims of Great Vancouver Fire and small pox epidemic were buried on Dead Man’s Island. 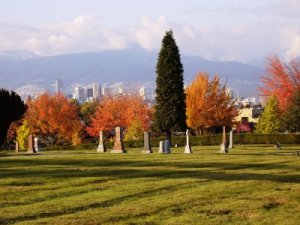 When the Mountain View Cemetery was built in 1887 other burials at the island stopped. However when day ended there were strange sounds and screams heard on the island. Some of the screams are termed as inhuman which could turn blood cold. Other eyewitnesses have reported seeing a fluorescent glow on the island which twists and turns as though in great agony and then changes into human form. Structures have been seen moving about in the haze.