Boudicca is a legendary figure in British history. She is an archetypal warrior queen who embodies the spirit of Britannia with her motto “Britons never, never shell be slaves!”. She was the queen of British Iceni tribe and led an uprising against the Romans. Her husband was Prasutagas who ruled the Icenic as an ally of Rome. He decided to retire leaving his kingdom jointly to his daughters and the Roman emperor through a will. He died soon as his will was ignored. The kingdom was conquered by Romans as they did not recognise the female rulers. Boudicca was flogged while her two daughters were raped. As Romans took over the guarded freedom of Icenic suddenly vanished. Their lands and properties were under Roman possession and they were treated as slaves. 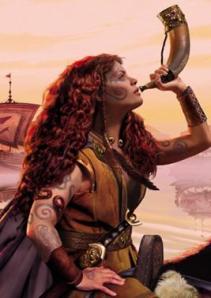 Boudicca the Warrior Queen of Britons

In 60 AD when Roman governor Suetonius Paulinus was campaigning in Northern Wales against the Druids on Anglesey the Icenic and their neighbours Trinovates rose up in revolt. Boudicca led this revolt. According to Dio Cassius she was tall, terrible to look at and had a powerful voice. She had bright red hair which ran down to her knees, wore a golden necklace made with ornate pieces, a multi coloured robe and a thick cloak which was held together using a brooch. She used a long sphere and killed those who set their eyes on her.

Her troops attacked Roman settlement of Camulodunum (modern day Colchester) burning to ashes and massacring most of its inhabitants. They also defeated the Roman legion which was sent to halt the rebellion. In 61 AD her troops moved towards a prominent Roman trading post in Londonium (modern day London). On hearing of this Seutonius called off his campaign and marched towards Londonium travelling via the Roman Road (present day Watling Street) and arrived just before Boudicca’s rebel forces. 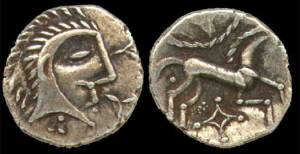 Seutonius knew he did not have enough men to defend the city, so he retreated evacuating as many people as he could. The Britons again burned down Londonium and killed everyone they found. They moved along Roman Road to Verulamium (modern day St. Albans) massacring along the road. Boudicca’s forces have been reported to have killed 70-80,000 people. On the other hand Sutonius retreated back to gather forces. He mustered about 10,000 men which was weak in front of Boudicca’s forces (about 230,000 in number). Seutonius was a shrewd general he knew if he confronted the rebel forces on open grounds, the Britons will surround him and cut his army into pieces, he also knew if he chose the proper location to fight Boudicca then Romans with their superior military tactics could win. He chose a position which was covered from all sides and narrow. He made sure there were no enemies except in front of him. This battle is named as the Battle of Watling as Seutonius was retreating along the Roman Road and picked up a site not far from it. 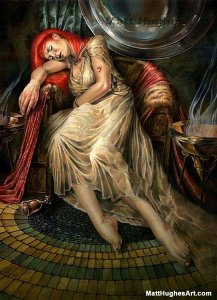 Boudicca’s troops were so confident of victory that they drew up wagons carrying women, children and old in a huge ring around the battlefield. But the rebel troops were not able to match the discipline, tactics and armour of Romans. They were defeated and tried to flee but they had blocked their own escape route with wagons. Romans slaughtered the Britons and about 80,000 of them were killed in a single day.

Though most Boudicca’s troop were butchered but Tacitus records that she was able to flee. Later she committed suicide with poison along with her two daughters. While Dio Cassius records that the Warrior Queen fell severely sick in grief of the loss. She was buried with a great ceremony and riches.

One thought on “Boudicca: Unheard Warrior Queen of Britons”