Hanno was a navigator and a citizen of Carthage. Though there is nothing much known about the dates of his birth and death, he is known to have flourished in the sixth century BC. He famously took sixty galleys filled with settlers on a voyage to the west coast of Africa and set up a colony there. He sailed beyond the pillars of Hercules. He set up colonies along the western coast of Africa. However what Hanno did and what steps were taken to set up this colony are not much known about. The colony that he had set up also mingled with the other natives within a few years. 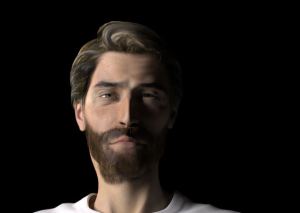 Hanno was a Great Navigator from Carthage

Hanno’s voyage was organised about two thousand years before the much acclaimed epic voyage of Bartholomew Dias in 1448. Hanno was the first person to set sail out of the Mediterranean and beyond the pillars of Hercules. It was exceedingly difficult in those times to sail in the unknown horizons. The earth was considered to be flat and it was thought that the seas were inhabited by dangerous monsters. Hanno’s voyage should have crossed through Canary Islands and some islands nearby. He reached as far as present day Sierra Leone. The voyage spanned across 3,000 miles into the Mediterranean.

Hanno even wrote an account about this voyage on a clay tablet. The original version was written in Phoenician language. He reported seeing hippopotamuses, crocodiles and natives dressed in animal skins. After his return this tablet was hung at the temple of Bel in Carthage. The Greek translation of this text is known as Hannonis Periplus. It is oldest account in Geographical science till date. It was later on translated into Greek and was known to scholars of the time. Pliny the Elder and Arrian mentioned this account in their works.

Modern scholars there are a lot of incoherence and incorrect data in Hanno’s account. Many attempts made at identifying the places with regards to their mention in the account have failed.  This has led to a controversy whether the contents of the text were modified inaccurately later on. Many scholars even feel that Carthagians did not want the Greeks to learn about Hanno’s route so they hid the original version and put together a new version with false facts.

2 thoughts on “Hanno the Navigator’s Voyage”