During the 13th century, the Mongols who were led by Kublai Khan, the grandson of great Genghis Khan planned two major invasions of Japan in 1274 and 1281 AD respectively. On the both the occasion Mongol fleet along with their plans of conquest were laid to rest by massive typhoons. The typhoons destroyed Mongol fleets and forced the Mongols to retreat. These winds saved Japan from a certain foreign conquest and were lovingly named Kamikaze (the divine winds). 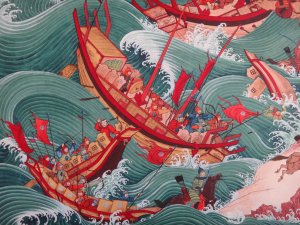 Thousands of Mongol Ships were destroyed by Kamikaze

Kublai Khan was an able and ambitious ruler of the Mongols. He wanted to start where his grandfather had left off. He was the first Emperor of unified Mongolia and renamed Mongolian Empire into Yuan Dynasty. He wanted to embark on a series of conquests. He started by conquering China in 1230 and Korea in 1231. Japan which was hardly 100 miles away, feared an invasion would soon come to their shores. They had good reason for such belief, during 1267-74 Kublai Khan sent many messages to the Emperor of Japan demanding his submission to the Mongols or face the invasion. However, each time the messengers were blocked by the Japanese diplomats so they never got through to the Emperor. No replies from the Japanese Emperor made Kublai furious and the Mongols started preparations for the invasions. They started building an enormous fleet and recruited thousands of Chinese and Korean warriors. 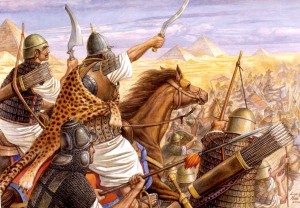 The Mongolian fleet set sail in autumn 1274 to launch the first invasion of Japan. The first invasion is also known as the Battle of Bun’ei. Mongols had 500-900 war ships along with 40,000 warriors mostly comprised of ethnic Koreans and Chinese. Mongols met the Japanese forces near the shores of Hakata Bay. The Mongols slaughtered their way through the initial Japanese resistance. The Japanese forces retreated, but the Mongols did not march forward. They felt that Japanese would be back with greater reinforcements, so they returned back to their ships. That night a violent typhoon struck at the ships that were decked in Hakata Bay. By morning, only a few ships remained. The fleet was completely destroyed, taking lives of thousands of Mongol soldiers. So, the Mongols had to shun their plans and return back.

Kamikaze Struck During the Second Mongol Invasion of Japan

Though the Japanese had a lucky escape, but the Mongol spirits remained high. Kublai was more determined than ever to annex Japan. The Mongols wasted no time in rebuilding their fleet and recruiting larger number of warriors. Japan was also preparing for their defense by building two meter high walls all along the coast to protect themselves from future attacks. Seven years later in 1281, the Mongols returned to Japan with greater numbers. This time they had a fleet of 4,400 ships and estimated 70,000-140,000 soldiers. The forces were divided into two. One set sail from Korea while the other left from Southern China. Both the forces converged near Hakata Bay in August 1281. Mongols were not able to find landing space as the beaches had been walled. So, the Mongols decided to stay afloat for months while strategizing their attacks. All the while they exhausted their supplies. Then on August 15, the Mongols decided to launch an offensive the following day. At night, that day, when the final planning was done a typhoon struck again. About 4,000 ships were destroyed and 80% of soldiers were drowned or killed by the samurai warriors waiting on the beaches. Mongols turned back never to attack Japan again. 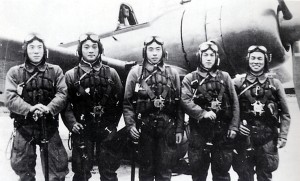 Kamikaze became famous during World War II. Kamikaze referred to the Japanese suicide pilots who deliberately crashed their planes into important enemy targets, usually ships. Kamikaze pilots did major damage to the US fleet and killed more than 2,000 American soldiers. Kamikaze movement evolved out of the desperation that Japan faced in the later stages of World War II, when they were losing.