Osirian Civilization that existed on our planet some 15,000 years ago was one of the highly developed and sophisticated civilizations in times of the Atlantis. There were magnificent cities with roads, busy ports, trade routes. It was house to many adventurous mariners and traders. It is known that the civilization built earthquake proof megalithic structures, there was availability of electricity and other conveniences for the residents. The important commercial centres of the world in those times were ancient India, Peru, China, Mexico and Osiris. Many of the important cities of the times have been lost forever, have been or will be discovered. Researchers suggest that during the time of Atlantis, Mediterranean was fertile valley, rather than a sea as it is today. The Nile which came out of Africa was called River Styx back then. 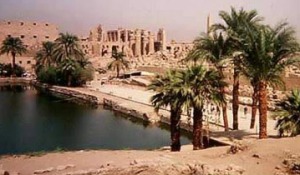 Reconstructed image of a City in Osirian Civilization

However, the Nile had a different course back then. Instead of flowing into the Mediterranean Sea near the Nile Delta in Northern Egypt, the Nile continued into a valley and turned into lakes when it went westward to the South of Crete. The river flowed through Sicily and Malta, South of Sardinia and then went onto the Atlantic at Gibraltar. This huge valley along with the Sahara (which was a vast fertile land back then) was known in the ancient times as Osirian Civilization.

God Osiris was the founder of Osirian Civilization

This civilization is said to have been founded by the Egyptian god Osiris. According to Egyptian myths Osiris is the son of Nut (goddess of Sky) and Geb (god of Earth). Later Osiris was married to Isis and fathered god Horus (who was falcon headed). Osiris is also said to be the brother of Nepthys (goddess of Death) and Set (Egyptian god of chaos and disorder). Even the name Osiris has an interesting history. It has been derived from a Greek corruption of Egyptian word Asar or Usar which means the strength of the Eye or He who sees the Throne. This translation is based on the hieroglyphic name of Osiris with a throne and an eye. 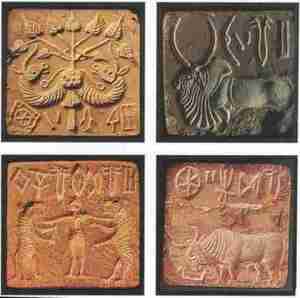 There was a cataclysmic change in the Atlantic. This caused the river to change its course and the Mediterranean Basin was flooded. The upheaval of water destroyed the great cities of Osirian civilization. The people had to move to higher locations. There are many strange megalithic remains found all over the Mediterranean that strengthen this theory. Archaeologists believe there are more than 200 lost cities in the Mediterranean Sea. Minoan and Mycenean in Crete have been termed as remnants of the Osirian Civilization. Osirians used airships and other modes of transport.  These were electrical in nature. There are mysterious cart tracks found in Malta which go over the cliffs and lead underwater. These are thought to be part of tram lines used for transporting stones. But most of the tracks have gone underwater.

Best example of hi tech used by the Osirians is found in the platform found at Ba’albek in Lebanon. The main platform is made of largest rocks in the world.

One thought on “How Osirian Civilization Vanished all of a Sudden?”